We have nearly a dozen Greek organizations offering lasting friendships and life-long opportunities for campus involvement.
In this section Open Close

Welcome to Greek Life at Rose-Hulman!

Rose-Hulman Greek life functions as a family rather than a group of individual organizations. We look forward to introducing you to our Greek family at Rose-Hulman!

On May 19, 2007, the twenty-six members of the charter class were initiated by the International President of Alpha Omicron Pi. Sisterhood events include movie nights, semi-formal dinners, impromptu coffee runs and several road trips to visit other AOII chapters across the Midwest. Our sisters continuously encourage one another to excel academically and always assist each other with their academics. AOII also hosts the Mr. Rose Pageant, a male beauty pageant held to raise funds for Strike Out Arthritis! for arthritis research.

We were established April 5, 1895, at the University of Arkansas. Since then, Chi Omega has grown and become the largest women's fraternity. We were the first sorority to be founded at Rose-Hulman. In the spring of 1996, the Gamma Lambda chapter of Chi Omegas was founded here with twenty-seven sisters. Our six guiding principles are friendship, community service, high standards of personnel, scholarship, participation in campus activities and career development. Chi Omega has a strong presence in Greek competitions, campus organizations, athletics and service to the campus and community.

The Gamma Pi chapter of Delta Delta Delta was founded in May of 1996, soon after the first-ever female class was admitted to Rose-Hulman. We strive to form a perpetual bond of friendship among our members, develop a strong and womanly character, broaden our moral and intellectual life and help our members in every possible way. We have excellent tutors and study aids, plus weekly "Delta Study Dates.” We strive to receive academic accolades each quarter and hold our members to high expectations. It's great to have someone that you know will always be there to shake you when you're just too stressed out for your own good!

Our Gamma Gamma chapter of Alpha Tau Omega started with the initiation of seven men at Rose-Hulman on November 15, 1893. Since then more than 1,700 men have been initiated into our chapter. Today, we are a diverse group of well-rounded young men dedicated to leadership development, involvement in on-campus and off-campus activities, community service, scholarship, and generally having a great time at the house with the brothers as a way to 'get away' from the intense Rose-Hulman scholastic environment. We have an extensive alumni network, often aiding brothers in obtaining jobs and internships and also funding major house improvements.

We are known for our high ideals and emphasis on group and individual development. The Zeta Lambda Chapter of Delta Sigma Phi at Rose-Hulman was chartered on April 23, 1982. Since then, we have grown significantly, becoming one of the larger fraternities at Rose-Hulman. We have received the Pyramid of Excellence - the highest attainable award for chapters - three times. In 1997 our chapter was one of only six Delta Sigma Phi Chapters nationally to receive this award. Our chapter house is located at 429 South Sixth Street in Terre Haute.

The Rho Phi chapter of Phi Gamma Delta (also known as FIJI) was colonized in 1968 and became an official chapter of the international fraternity onNovember 22, 1969. Our house is the Barhydt-Ehrmann Home on South Sixth Street in Terre Haute. It was built in 1921 by Theodore Barhydt and purchased by the chapter in 1970. Much of the house has remained the same since it was purchased to retain its historic value. The five values of our chapter are friendship, knowledge, service, morality and excellence. The men of the chapter try to use these values as a rule to guide the decisions that they make each day.

Lambda Chi Alpha International Fraternity is one of the largest men's general fraternities in North America. It was the first fraternity to eliminate pledging and remains a leader in the fight against hazing, alcohol abuse and other challenges facing today's college student. Lambda Chi Alpha serves to complement higher education by providing opportunities for academic achievement, leadership development, and lifelong friendships. Brotherhood is learned through personal experience, one on one. The Associate Membership program is an orientation to fraternity life within Lambda Chi Alpha.

The Iota Delta chapter of Pi Kappa Alpha was established at Rose-Hulman in 1986. We believe in the ability of a fraternity to help a man grow emotionally, socially and academically. Pi Kappa Alpha has shown a strong presence in interfraternity competitions, campus organizations and service to the Institute and community. Our chapter emphasizes a brotherhood based on scholarship, leadership, athleticism, gentlemanly behavior and friendship. Our house, where at least 60 brothers may reside, is at 7140 Wabash Avenue in Terre Haute.

The Beta Upsilon chapter of Sigma Nu was established at Rose-Hulman on May 4, 1895. We offer a social atmosphere designed to promote our national vision that honor and courtesy should be an integral part of a college-educated man. On campus, we often engage in athletics, publications, honor fraternities and other activities, in addition to assuming many positions of leadership. Our chapter house was completed in 1997 and is located on the East side of campus.

The Kappa chapter of Theta Xi was founded at Rose-Hulman on March 30, 1907. Our house is presently at 902 South Sixth Street in Terre Haute, and has capacity of 24 brothers. The location allows each brother a change of pace and provides him with a homelike atmosphere. Each brother is given a chance to develop his own individuality while contributing to the group's benefit. Also, he learns to live and work with many different people. Theta Xi Fraternity was founded at Rensselaer Polytechnic Institute as a social fraternity for people pursuing the study of engineering. On April 9, 1926, Theta Xi became a general college fraternity establishing chapters at non-technical schools. Today, there are 74 chapters and three colonies located at colleges and universities across the nation.

The Rose-Hulman Chapter of Triangle was founded on May 4, 1968. Since then, we have grown to be one of the most successful chapters on campus and the within the Triangle National Fraternity. Unlike most other social fraternities, Triangle does not have a Greek letter name, a point that makes Triangle stand out from other fraternities. Triangle is the only national social fraternity for students in engineering, architecture, and science. It was established in 1906 by 16 civil engineering juniors at the University of Illinois. They based our organization on honor, friendship, character, brotherhood, courage, and high ideals. There are Triangle chapters today at approximately 36 universities and colleges across the country. 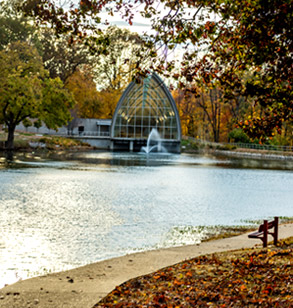